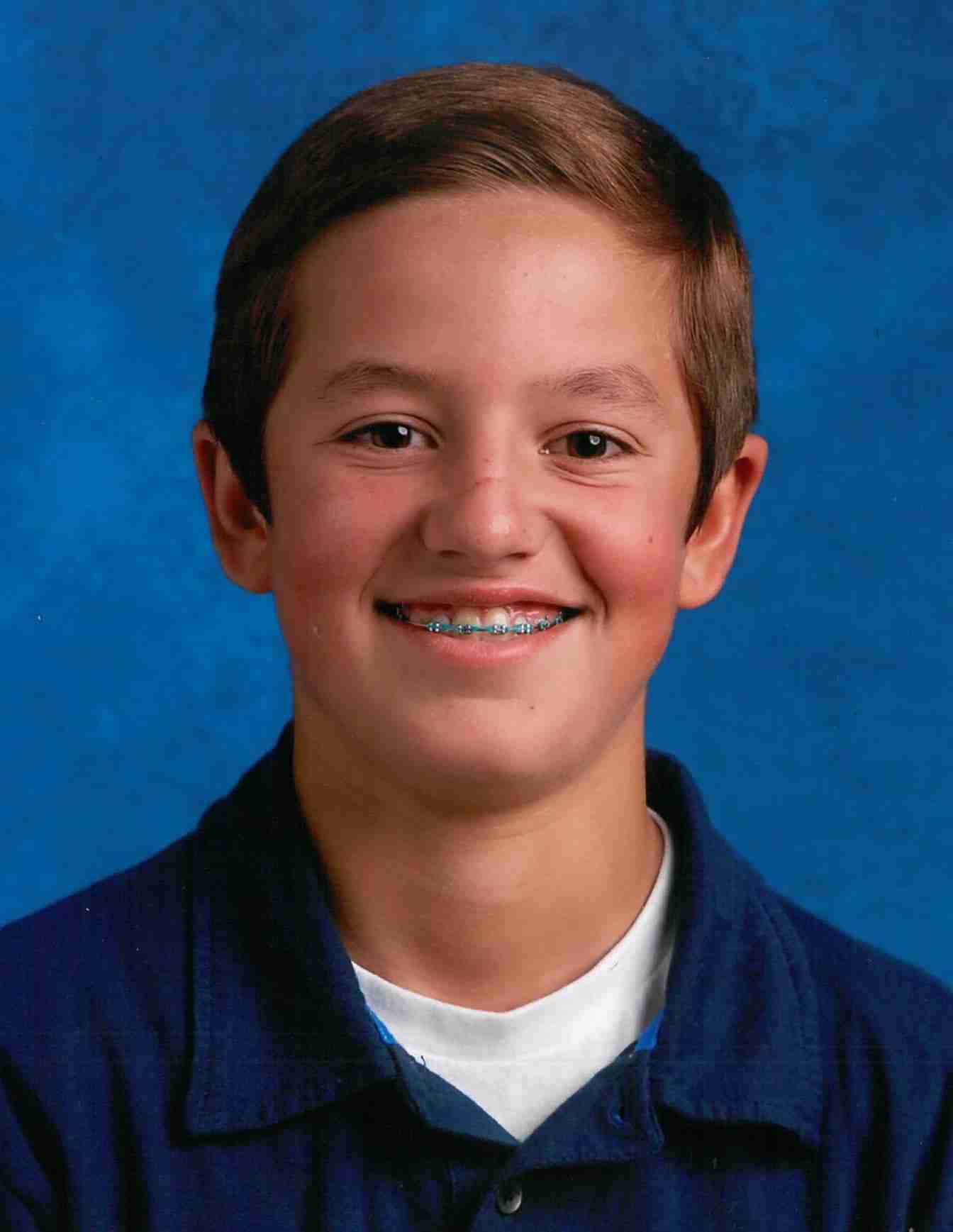 Logan attended Charles City Middle school where he was a student ambassador, sang in the choir, and a member of the local fishing club. He excelled academically and was described as dynamic, polite and respectful by his teachers. Over the last year, he spent a great deal of time at Riverside Cemetery creating a historical documentary for a school community service project.

One of Logan’s greatest loves in life was the outdoors, especially the sports of fishing and hunting. Logan’s passion for fishing was ignited at his great grandfather’s farm pond, where he became an avid angler. As he got older, he studied the art of fishing in efforts to master the sport. He loved fishing for Anything, Anywhere, Anytime. It’s hard not to admire Logan’s vast collection of tackle, reels and rods.

Logan and his dad, Lenny, created many cherished memories hunting turkey and deer each season. Preparing for the hunt was just as important as the trophies they brought home. Their hunting highlight was when Logan and Lenny both bagged their first tom turkeys on Logan’s 13th birthday.

Another of Logan’s loves was athletics. He thoroughly enjoyed running cross-country and the challenge each course presented. He valued the comradery of his teammates and the support of his coach just as much as the records he set. However, Logan’s favorite sport was wrestling. Hard work and commitment were the foundation of his success. Logan had an intense desire to be a high school state wrestling champion. He was enthusiastically preparing for his 106 lb spot on the Charles City Comets varsity wrestling team. The countless hours Logan spent on and off the mat with his fellow wrestlers from across the state led to a brotherhood that was undeniable. At every meet, Logan’s mom, Wendy, could be found shooting photos as she thoroughly enjoyed watching her son compete.

However, Logan’s greatest love was his family. Being homeschooled through his elementary school years allowed Logan to spend an abundant amount of time with his family. Logan, Landon and Lily were often times referred to as the “Three L’s” because where there was one, the other two were close behind. Whether it be road trips to the apple orchard in the fall, camping across Northeast Iowa or the Annual Hegtvedt Family Vacation, countless memories were created with his entire extended family.

Logan lived life to the fullest. He had a contagious smile, goofy laugh, outgoing personality, and exuded kindness. Logan left a lasting impression on everyone he met. When Logan received his driver’s permit he chose to be an organ donor. On July 7, 2017 that wish was honored by his family, an act that saved five lives and impacted potentially 50 others.

A visitation will be held from 10:00 am to 2:00 pm on Wednesday, July 12, 2017 at the new Charles City Middle School competition gym. The Celebration of Life service will take place immediately following the visitation at 2:00 pm. Burial will follow at Riverside Cemetery. Everyone is welcome for a celebration of Logan’s life with fellowship and food at the Enrichment Center at the Floyd County Fairgrounds following the burial.

In lieu of flowers, the family requests that donations be made to the “Logan Luft Memorial” at State Bank in Charles City, IA. Online condolences may be left for the family at www.hauserfh.com.

Please consder supporting us by disabling your ad blocker
X