Camden, South Carolina – The National Center for Missing & Exploited Children along with the Camden Police Department in South Carolina are asking for the public’s assistance to locate a missing 2-year-old child.

The child and her parents were captured in surveillance images on Monday, May 14, 2018 at a hospital in Iowa. Law enforcement then received information that they may now be in Minnesota.

The child and companions are traveling in a 1996 gold Ford Aerostar van and may be frequently changing the license plate on the vehicle.

According to Camden Police Department, it’s possible that they may be begging or asking strangers for money. The child and companions are also believed to be sleeping in their vehicle. 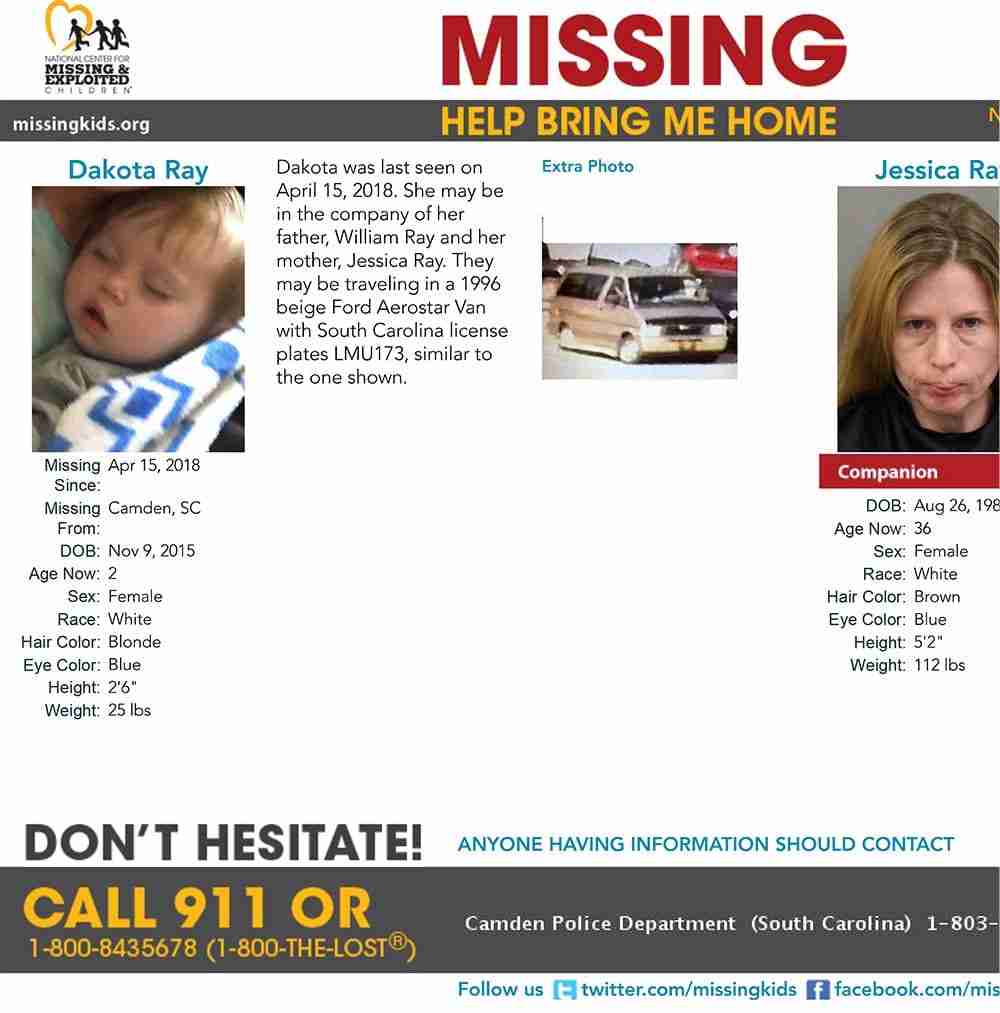 Chickasaw County with 12 cases of virus; Floyd County still at 19