Steven “Steve” Lee Buseman, 53, of Charles City, passed away Saturday, January 26, 2019 at the Mayo Clinic Hospital, Saint Marys Campus in Rochester, Minnesota with his loving family at his side.

A funeral service for Steven Buseman will be held at 10:30 a.m. on Saturday, February 2, 2019 at Saint John Evangelical Lutheran Church in Charles City with Pastor Norman Bauer officiating. In memory of Steve, the family request to dress casual. Burial will be at Riverside Cemetery.

Visitation will be at Hauser Funeral Home from 4:00 p.m. to 7:00 p.m. on Friday, February 1, 2019 and continue one hour before the service at the church on Saturday.

Steven Lee Buseman was born on March 29, 1965 in Charles City, Iowa, the first born child of Lenis and Nadonne (Wiegmann) Buseman. He was baptized at St. James Lutheran Church in Allison, Iowa and confirmed at Messiah Lutheran Church. He attended Charles City schools, graduating in 1983.

Steve was united in marriage to Lorie LaBarge on September 24, 1988 at Messiah Lutheran Church. The couple made their home in Charles City and was blessed with twin sons, Alex and Adam, and daughter Alayne.

Steve worked for Fareway Grocery during his early years and later working for Hovey Oil, Leon and Gene Towing and Automotive, and Dick Young Construction all in the Charles City area. Steve was currently employed with Curries Manufacturing of Mason City for 23 years. He was a member of Messiah Lutheran Church, the Farm Bureau, 4H Council, and 4H Youth Committee. He volunteered during the Floyd County Fair, served on the call committee and building & grounds committee for Messiah Lutheran Church. Steve was a jack of all trades including: carpentry and mechanics. He enjoyed camping, tossing bean bags, fishing, tractor pulls, and playing cards.

He was known for his generous heart, always willing to lend a helping hand to friends and family. Anyone who knew Steve knew of his love for his wife and children. In his final days he was blessed to spend priceless time with his family and friends as they surrounded him as the end grew near. Many stories, laughs, and tears were shared. He died peacefully and full of love, in the midst of his caring family. Steve and Lorie shared a love and friendship that blessed them with 30 years of marriage.

Steve was preceded in death by grandparents: Leonard and Kathleen Wiegmann and John and Jennie Buseman; sister-in-law Tammy Schmidtke.

In lieu of flowers, memorials may be directed to the family.

Hauser Funeral Home, (641) 228-2323, in Charles City, is in charge of local arrangements.  Online condolences may be left for the family at www.hauserfh.com. 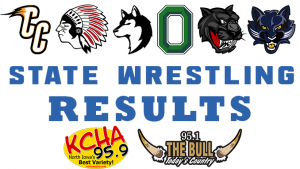