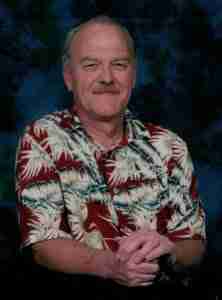 A gathering of family and friends will be held on Friday, June 14, 2019 from 10:00 to 11:00 a.m. at Hauser Funeral Home in Charles City, Iowa with inurnment at Riverside Cemetery following the gathering.

Born in Mason City, Iowa on April 9 1953, he was the son of the late Robert and Lola Paulus of Rockford.  He graduated from Rockford High School in 1971. After graduation, he enlisted for six years in the U.S. Navy, where he served aboard the nuclear submarine, USS Andrew Jackson.  He married his sweetheart Cathy Jo Diercks on November 19, 1972.  After serving his Country, he was employed by CCI/Nortel Corporation and relocated several times to Des Moines, Iowa, Chicago, Illinois, Birmingham, Alabama, Plano, Texas and Kingsland, Georgia.  After retiring, he resided in Dothan, Alabama and most recently Navarre, Florida.  Pat enjoyed playing baseball as a child and in the Navy.  He was an avid golfer and loved traveling, fishing, and spending time with family.