This is a truly nerdy article. I wasn’t asked to write this – nor did I expect it to take 10 hours to do – but I love movies. And if you love something you should obsess over it and be cute about anniversaries. It is about to be the end of the decade. That means, without much more introduction, here is my top 50 movies of the last 10 years (top 5 each year listed). Movies have gotten me through a lot – enjoy!

3. Scott Pilgram vs. the World 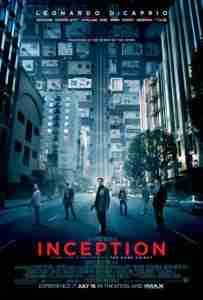 This original screenplay smashed conventional story-telling tropes. After Inception, no writer ever wondered if their script was too obscure to put on film. If the, ‘dream within a dream within a dream,’ movie can be made, anything can be. It strapped a taser to the 2010s, and sparked new-found creative freedom for the decade.

Thematically, it’s about tremendous loss. And how it can eat away at your life – forever – clinging to your subconscious like a worm. Leo is great in this flick – so is Ellen Page – so is Tom Hardy – so is Joseph Gordon-Levitt.

For Christopher Nolan, it was his third front-center smash-hit movie in a row. The Prestige, then The Dark Knight, then Inception. Holy buckets.

Favorite Quote: An idea is like a virus. Resilient. Highly contagious. And even the smallest seed of an idea can grow. It can grow to define or destroy you.

Every writer has a story about a writer – this is Woody Allen’s. Gil Pender, a writer, is a golden age thinker. This means, he believes we live in the worst generation in the history of the world. And he has an intense infatuation with the roaring 20s – aka the ‘golden age’.

This movie focuses on our human instinct to want to be anywhere, or any-time, other than ‘here’. We chalk the place we live, the people we know, the generation we live, as the reason for our unhappiness. And sometimes, all we need is a Paris-seated time machine to re-stabilize our misfiring beliefs.

5. The Place Beyond the Pines

3. The Perks of Being a Wallflower

Sometimes, I’ll admit, Quinton Tarantino is too self-appeasing for my tastes. He seems to lick his chops whenever he finalizes a scene where more than a gallon of blood is in play. This is what I call, ‘Shock-Factor-Tino,’ where he writes a mediocre scene and garnishes it with cheap-thrills.

Here, however, Tarantino is at his best. Some scenes are so calculated and imaginative you will seriously wonder if he soberly wrote it or stumbled upon it in a fever-dream. This is a classic revenge story with intellectual nuance for days.

It’s better than Pulp Fiction – yes, I said it.

Favorite Quote: Kill white people and get paid for it? What’s not to like?

I don’t necessarily recommend you watch this movie. It is depressing as crap. But if you are anything like me, and find weird satisfaction in watching the comedically unrelenting onslaught of failure and its hidden beauty – then you might find this a groovy watch.

It’s about struggle at its purest form. A travel piece about a dying art-form – folk music – and a guy’s like-homeless persistence to stay alive and play his guitar. It is indescribable funny. It is anti-climatic. It is life.

Favorite Quote: If it was never new, and it never gets old, then it’s a folk song. 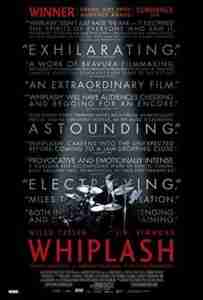 For some reason, Jazz fanatics hate this Jazz movie. To be frank, it is probably because they are jealous. This drumming epic about a persistent narcissist is thematic and spirit-crushing. The quip-barrage alone will give you emotional whiplash.

This movie is set at light-speed pace, and is centered on these basic premises: Does positive reinforcement make us stagnate in our journeys towards greatness? Is being remembered by many, worth being loved by none? Will true talent overcome all obstacles?

You will hate most of these characters – but in a way that you sort of like – you’ll be very conflicted on everything. The tone is both true-to-itself and hypocritical – just as a good movie should be.

Favorite Quote: There are no two words in the English language more harmful than “good job”.

Dialogue is king here. Walking and talking – walking and talking. Aaron Sorkin is back with the suavest and most cleverly structured bio-pic of his career. The movie is displayed in three acts. Each act is set minutes before a huge product opening for Steve Jobs. During the minutes before the events, he tackles his failure as a parent, his egocentric view on success, and the chip on his shoulder that never seems to lose shape.

Jobs spends his life going to war for control – and Sorkin grand-stages this struggle. The story of one the greatest CEOs in American history and not a single line is sugar coated. He was a jerk – but the script forces you to stare at it – and not only stare at it, but understand it.

Favorite Quote: Everything around you that you call life was made up by people that were no smarter than you, and you can change it, you can influence it, you can build your own things that other people can use.

Shut up, you aren’t too cool for musicals. And yes, Ryan Gosling and Emma Stone sorta suck as singing. But this movie, philosophically and truly, rattles the rom-com genre. This movie is simply about dreamers and the self-doubt and miscalculations that come along with being one. But, people will still claim it to be a tragic love story – maybe even, a gimmicky one.

True, this movie does showcase love in a pure form – caffeinated and wide – but it better headlines, love’s tendency to bridge gaps in your life. From A to B – not always from start to finish. Love can feel so tangible at times, our dreams, in relation, seem oddly achievable. 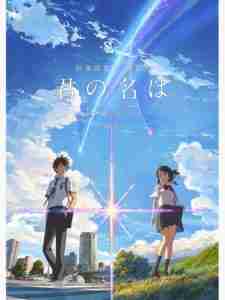 The realism in each frame of this Japanese epic, punches you aggressively in the face. In America, most adults belittle animated films as, ‘children’s movies’ but in Japan, they are everything. Ounces of soul are pressed into the 24 frames. For this reason, four of the top ten highest grossing films in the country’s history are hand-drawn masterpieces. Compared to the United States who have zero in the top 14.

Your Name is stunning. It carries a similar emotional weight to Titanic without the real-world implicational tie, to pressurize it. Each character is spun and mashed with ample emotion and real stakes – palpable and haunting. This movie, just like many others out of Japan, focuses on tradition and family, and the connectedness of everything we interact with each day. Most of all, this movie is about the transcendence of those connections – through space, through missteps, through time.

Favorite quote: I feel like I’m always searching for someone, or something.

4. Sorry to Bother You

Nobody is safe in this movie. Most movies hide behind, ‘happy ending’ mystique. Where as The Hate U Give would rather leave you in shambles – would rather leave a  lasting impact. We need to stop glorifying the feel-good genre so much that even cut-throat dramas start and end in bliss. This movie adapted from a novel of the same title, is not here to make you feel all warm-and-fuzzy; it’s here to show you a version of America that barely anybody ever gets to see.

This movie will tighten the muscles in your thighs – question your preconceptions – and do it with a hypocritical lense. A great film should never live in black and white – this movie rides the gray line to its conclusion.

Favorite Quote: That’s the problem. We let people say stuff, and they say it so much that it becomes okay to them and normal for us. What’s the point of having a voice if you’re gonna be silent in those moments you shouldn’t be?

I posted this list on December 30th, 2019. I saw Little Women, an adapted novel directed by Greta Gerwig (yes, she also did the fabulous Lady Bird which appears on this list) on December 31st, 2019. Normally, I am not so quick to make dramatic revisions to my well-thought-out lists, but this movie hit me like a freight train.

Above all, this movie is hypocritical. A standout scene encapsulates the film when Jo and her mother are talking about love. Jo has always veered from it – repulsed by the idea that her talent could be second to something so volatile and cliché – but with all of her struggle and might she cannot shake the fact that humans need humans. We are here for each other and it sometimes makes our positive agendas move at the speed of a sailboat in mud.

In this gloomy attic, she makes a fuss, pauses, sheds a tear, and can’t stop herself from saying: