The NFL will begin post-season play this weekend with three teams from the relative geographic area participating.  Four Wild Card match ups will open road to the Super Bowl, which will be played at Hard Rock Stadium in Miami on February 2nd.  In the opening round the Buffalo Bills will visit the Houston Texans and the Tennessee Titans will head to New England for a date with the Patriots.  Both games will on Saturday, at 3:35 pm and 7:15 pm respectively.  On Sunday four NFC teams will square off with the Minnesota Vikings taking on the Saints in New Orleans at 12:05 pm.  That game will be followed by a 3:40 pm kickoff between the Seattle Seahawks who visit the Philadelphia Eagles. The winners will advance to play the following weekend in the Divisional round.  Divisional round hosts include Baltimore and Kansas City in the AFC and San Francisco and Green Bay in the NFC.  The champions of each conference will meet in the Super Bowl to decide the NFL champion.

Each round of the playoffs is worth considerable money to the players and coaches.  For teams participating in the Wild Car round, each team member will receive $31,000 if the team is a Divisional winner, and $28,000 for the two wild card teams in each conference.  Teams playing in a conference championship game will make $56,000.  If a team wins the Super Bowl the winner’s share will be $124,000 per team member, while the losers share is $62,000. A player that is a member of a Super Bowl winning team would make just shy of $250,000.  Even players that make the Pro Bowl will receive a share, with the winners receiving $70,000 and the losing team receiving $35,000 each.

The Super Bowl will be hosted by the city of Miami for the 11th time since the inception of the game. Kickoff will be at 5:30 pm. Teams will be playing for the Lombardi Trophy, named after legendary Green Bay Packers coach. The sterling silver trophy is made by Tiffany and Co., and is valued at over $25,000. This year’s halftime entertainment will include superstars Jennifer Lopez and Shakira.

Osage Esports students are being recruited

Osage Esports students are being recruited

Vikings 10 Packer 9 at half

Packers vs. Viking on Monday Night 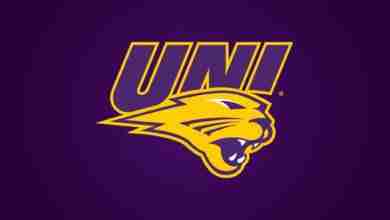