School’s capacity and shape this Fall is becoming the biggest question across the state and country. President Donald Trump has openly threatened to take federal funding from public schools who refuse to open at full capacity. A Tweet on July 10th reads:

Now that we have witnessed it on a large scale basis, and firsthand, Virtual Learning has proven to be TERRIBLE compared to In School, or On Campus, Learning. Not even close! Schools must be open in the Fall. If not open, why would the Federal Government give Funding? It won’t!!!

According to a release from the Charles City school district, the administration will be releasing their ‘Return to Learn’ plan before July 20th. Many schools are following suit with this promise. Though, one area school, North Butler has already put semi-permanent pen to paper:

North Butler will be implementing a ‘Hybrid Plan’ for return to learn where their students will come to school in blocks; either Mondays and Thursdays or Tuesdays and Fridays. The days they spend at home, students will need to study and learn through the Canvas and Seesaw platforms. Wednesdays will be used for essential professional development for the teachers and staff. These days will be spent training the teachers in how to use the online resources more effectively.

North Butler Superintendent Joel Foster says he wishes the state would just mandate a specific plan so that there would be less pressure on each individual school to make the right decision.

Foster says masks are not required going into the school year.

If one of the North Butler students comes back positive mid-year with the virus, Foster is unsure what they will do. All he knows is that the picture is continually shifting at 100 MPH.

North Butler has also decided to bar any non-school groups and activities from using their indoor facilities, in order to allow their custodial staff time to sanitize their facilities more effectively. 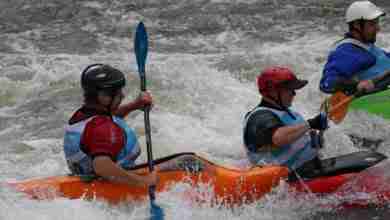