The National Weather Service in LaCrosse has rated tornadoes in the Marble Rock area Friday night in the EF0 and EF1 categories.

The storm system that produced several inches of rain also spawned at least two tornadoes near the Floyd County town. The first occurred about four miles west of Marble Rock, started at approximately 5:52 p.m., lasted about one minute, and was rated EF0 with max wind speeds of 75 miles per hour.

The second twister began about one mile southwest of Marble Rock at about 5:57 p.m. and it’s path included a pass by the Steve Brinkman farm.

That tornado eventually crossed Highway 14 about five miles north of Greene before dying out after about six minutes total. It was rated EF1 for max wind speeds of 105 miles per hour.

The NWS reported damaging winds from the storm system also impacted several other areas of north Iowa, especially between Calmar and Postville. 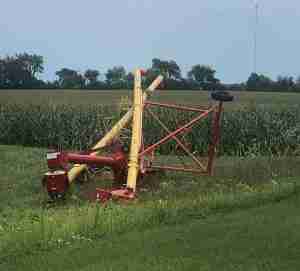 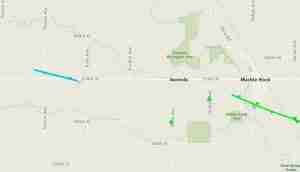