Homecoming week festivities for Nashua-Plainfield and New Hampton will be highlighted by parades and football games today (09.24).

There’s a pep assembly at 2 p.m. this afternoon at the Nashua-Plainfield football stadium, with the parade in Nashua following at 2:30 p.m. The New Hampton parade begins at 3 p.m. with students dismissed from classes an hour prior.

Nashua-Plainfield will host BCLUW in football tonight with kickoff at 7 p.m. on 95.9 KCHA. The Huskies homecoming dance follows the game at the high school and goes until midnight.

Prior to the New Hampton/Cresco-Crestwood football game at 7:30 p.m. tonight on 95.1 The Bull, the Chickasaw Booster Club hosts a free will donation tailgater from 4:30 to 6:30 p.m. The New Hampton homecoming dance is Saturday night from 8 to 11 p.m. at the American Legion.

It’s also spirit day today so students, staff and fans within the respective school districts are encouraged to wear their Husky and Chickasaw gear accordingly. 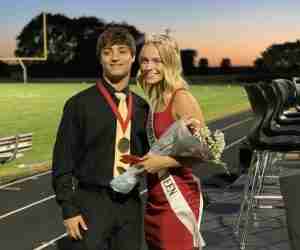 Northeast Iowa Woman Dies After Being Struck by School Bus