The former owner of a former Charles City auto dealership has died.

According to the obituary notice from Hauser Weishaar Funeral home, Robert Elthon and his wife, Greta Mae, purchased the Ford Lincoln Mercury dealership in Charles City in 1977 and owned and operated “Bob Elthon Ford” until his retirement in 2001. Elthon passed away Tuesday, October 19th  at MercyOne North Iowa Medical Center in Mason City.  He was 85.

He is survived by his wife, three children and 12 grand and great grandchildren. A funeral service for Elthon will be held at 3:30 p.m. on Saturday, October 23rd at Hauser Weishaar Funeral Home in Charles City. 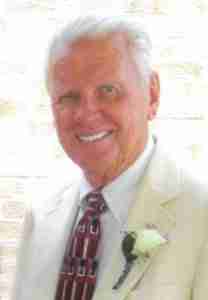