One of Iowa’s most decorated high school female wrestlers is taking her talents south to wrestle collegiately,

Thursday, Luft committed officially to the University of Iowa to join the Hawkeyes. HawkCentral.com reports Luft is the first known 2023 recruit for the Hawkeyes.

Luft isn’t the only female to represent north Iowa on the Hawkeye’s Women’s Wrestling team.  In June, former South Winneshiek standout Felicity Taylor transferred to Iowa from McKendree University in southern Illinois, where she was a 2021 national champion and helped the Bearcats win three national team titles. 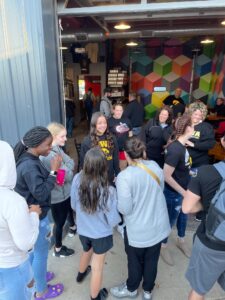 Phase 1 of Charles City Swimming Pool Study Not Complete Yet